Cameroonians philanthropist, Comedian and social activist Cyprian Egomang Tayong popularly known as Old Pancho CY International on Saturday, July 2nd, 2022 successfully hosted an art show that cut across different arts and talents in the Cameroon entertainment industry. The event held at the prestigious mounted hotel saw the light of famous artists, comedians, and dancers the likes of Grace Decca, Tzy Panchak, Caro and Copees, Auntie Felicia, and a host of others.

The post-show however hasn’t been much talked about by netizens on social media leaving us with the impression it went well, ironically, knowing Cameroon’s entertainment culture cos if there was a downside to the event we would find most of the blogs and social media users laying emphasis on the blunders and not the merits of the occasion.

Old Pancho who has become a household name due to his controversial standpoint on events in Cameroon’s entertainment sector has come under strong criticism from the stakeholders and fans of Cameroon showbiz since he started his 80-20 campaign in favor of home consumption of Cameroon art over Nigerian content.   These criticisms range from insults questioning his very personality as a comedian, his educational background, lack of orientation, and even full-scale life threats.

If these criticisms have had any effect on the comedian it has definitely been to his benefit as he has successfully used that clout to enforce his ideology and patriotic philosophy of putting Cameroon on the map.   The purpose of his campaign was/is not to eradicate Nigerian music from our airwaves but a call for identity and recognition in valuing and preserving what we have. We wouldn’t be recognizing and enjoying Nigerian music the way we did if Nigerians didn’t appreciate and invest in their artists.

Cameroon is economically stronger than most of the French-speaking countries of sub-Saharan Africa like Senegal, Mali, Benin, and even English-speaking countries like Kenya, Rwanda, Tanzania and Uganda. However, go to these countries and you will find artists that have been canonized with legendary and immortal status appreciating their work in the development of their respective entertainment industries. Today it is common to find artists like Diamond Platnumz and Angelique Kidjo from Tanzania and Benin respectively, receiving Grammy and other international awards left and right. That didn’t just happen by chance, they were lifted by their very local population for the world to see.

The Cameroon social media spectrum is saturated with more critics and pessimists rather than builders, a concept well understood even by the country’s politicians who usually quantify them as ‘toothless bulldogs. This trend won’t help us any time soon if there isn’t a change in mentality towards supporting and promoting our craft above foreign content. How often do you find a crowd of over a thousand chasing an artist as he made his way into a concert or following his/her car as he/she makes exit from the show grown? The answer is ‘rare’, so what do you think would attract a foreign artist to want to do a “Grammy deserving’ collabo with that artist who can’t pull his/her own crowd along. And mind you it’s not like we are short of talents, we just have a taste for the bad side and pay less attention to the juice.

The Nigerian Afrobeat that has today gained world recognition didn’t just happen by chance. It took legends like Fela Kuti who put his life on the line towards that course and today artists like Wizkid, Burna Boy, Davido and many others are benefiting enormously from that solid foundation he laid with the support of the Nigerian local population.  Worth noting is the fact that there was a time when Cameroonian ‘makossa’ and Congolese Rumba dominated the African music scene over Nigerian music.

This lack of support has resulted in many Cameroon artists establishing and even sorting foreign identities abroad.  Over the years we’ve seen award-winning artists from Cameroon like Manu Dibango, Wes Madiko, Henri Dikongue, Sam Fan Thomas, and Richard Bona, take on foreign nationality and build musical legacies abroad where they felt their talent is much more appreciated.

This tendency is not only common in the arts and entertainment but in other areas like sports and technology.

Today we find illustrious talents like Kylian Mbappe, Aurelien Tchouameni, Joel Embiid. Yannick Noah, among others, endorsed in multi-million dollar deals abroad, but can’t invest back home as much as they would love cos, they picked up a foreign identity along the road to success.  Recognized. The effect is very visible on the performance of our national football team who can’t match the achievement of their predecessors like Samuel Eto’o and Roger Milla, because the team is short of talent.

It is there for a general call for concern for Cameroonians to start trusting and investing in home talents just like our ‘Papa Eto’o’ is doing at the helm of FECAFOOT, where in a few months we have seen his ‘radical’ reforms turn our local football into a focal point in African sports.

The blackstyle media team applauds the efforts of Old Pancho CY International aka Nyanga Druss aka Dirty little bird. We say bravo to your efforts and may the good God continue to give you the strength to drive on. 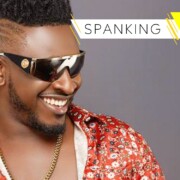 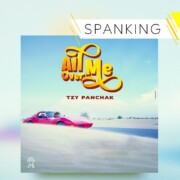 Blackstyle MEDIA PANCHAK SPANKS “ALL OVER ME” WITH OFFICIAL MUSIC VIDEO 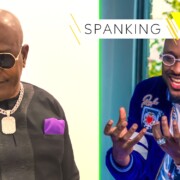 Getting To Know Pope switzeal ?