Former Cameroon striker Samuel Eto’o was handed a 22-month suspended prison sentence by a Spanish court on Monday after admitting tax fraud of 3.8 million euros ($4.00 million) while he was playing for Barcelona.

Samuel Eto’o who was playing from the years 2006 to 2009 didn’t pay his taxes according to the Spain court of Barcelona.

The legend striker Amidst to the fact that he was not paying because he was wrongly advised.

In his own words:

“I  admit the facts and I am going to pay what is  due, but let it be known that I was just a child then and did only what my former agent Jose Maria Mesalles, whom I considered like a father, asked me to do at that time”

Eto’o, who is now 41, told the court in Barcelona on Monday.

Both Samuel Eto’o and Jose Maria Mesalles ( who was Eto’o agent during that period ) were sued. Mesalles was given a one-year suspended jail term.

It should be noted that this is a tax on the income he received from the transfer of image rights from Puma to Barcelona.

The sentence was suspended as neither Eto’o nor Mesalles has a criminal record and the terms are under two years. 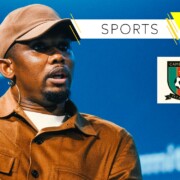 Blackstyle Media“NA MALA” BY RINYU IS Soft, Delightful, AND SPANKING
Scroll to top