( The girl in question is the one reporting ohh)

I received a text message from a strange number, telling me it was my boyfriend who needed me to urgently come to his house.

When I arrived at his place, I was received by my boyfriend’s baby mama and his 3 sisters.
His baby mama break a bottle and threatened to stab me, throw my body Where no one will be able to trace me if I didn’t comply by undressing myself and do as they say. I feared for my life and had to succumb to her demands.

She used a blade and the broken bottle to shave my hair, she also used a mortar pistol to whip my body, then my boyfriend’s 3 sisters held my boyfriend’s baby mama’s Phone while she recorded the act. I was severely beaten by her and was bleeding 🩸. They asked me to open my legs whilst they use a stick to rub pepper 🌶️ and inserted it in my vagina.

They proceeded with their torture by asking me to put my password and they sent the videos to my contacts and WhatsApp status, they also asked me to put my mobile Money password to which they withdrew all the money in my mobile money account.

After that, they rubbed pepper 🌶️ in my face( eyes), tore my National ID card, human hair, and dresses and they pushed me out of the house while they kept on flogging me on the streets.

I was lucky a good Samaritan( a builder ) saw the incident and alerted the police who came and arrested all of us and they took us to the Police station.

I want to thank the construction builder as he gave me his dresses to cover my nakedness.

It was thanks to Bella Powers Human Rights team who came to my rescue after a delay for medical aid at the police station and I was rushed to the hospital and the culprits were sent behind bars due to legal aid and representation from Bella Powers foundation.

I am not too interested in the girls in this story. Instead, I fancy the builders who had the good heart to take time and think of the victim’s heart by stopping the corporates.

The idea of covering her body instead of removing their phones for more pictures and last but not the idea of calling the authorities and not taking the law into their hands.

With the world we are living in today, many people would rather take out their phones in order to have the latest news to post on social media.
Some will see it as an opportunity to beat someone and take the laws into their hands, others will see it as an opportunity to see a girl’s nakedness and after seeing it, they’ll leave her naked for others to see.

But because these guys did not do that they are heroes in this story and we celebrate their good hearts.

“She used a blade and a broken bottle to shave my hair while hitting my body with a mortar pistol. Then my boyfriend’s 3 sisters held my boyfriend’s baby mama’s Phone while she recorded the act. I was severely bleeding “… 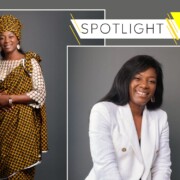