Recipients of the 2022 CAF awards were announced on Wednesday, July 22. Sadio Mané scooped the coveted men’s African Player of the year award following his heroic exploits for Liverpool fc and the Senegalese national team.
The event hosted in Rabat Morocco graced the presence of legendary African footballers like Samuel Eto’o, Jay Jay Okoche, Emmanuel Adebayo, El Hadj Diouf, Rigobert Song, and Claude Makelele.
It was rather unfortunate for Cameroon football lovers as no Cameroonian won in any of the categories even after the country hosted the last AFCON, with nominees like Nchout Ajara, Vincent,Aboubakar, Toko Ekambi and Zambo Anguissa, all lost to favored opponents.

The following awards were awarded and received : 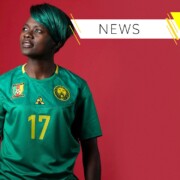 Blackstyle Media STARS ARE HUMAN AFTER ALL
0 replies