It’s funny how we criticize our pastors for not practicing what they preach but would do nothing when a Music artist does the same. Hypocrisy flows through our veins!

Here is what happened Following the Burnaboy saga which took place in the Curbanna night Club lagos some days back;

According to a preliminary police report by the Bar Beach Police Division in Lagos State, trouble started around 4 a.m. when the Grammy winner and five police escorts visited Club Cubana on Victoria Island.

Burnaboy came to the club with some friends among which were 3 ladies. While in the club, feeling like a big boy, he saw a fine chick, Neme Steph Briella, and asked his bodyguard to go call this girl for him.

On the first attempt, Briella told Burna’s bodyguard she wasn’t interested in talking to Burna Boy, and that she is married and presently with her husband.

Mr. Bodyguard left and came back again the second time but was given the same response.

this man is a born chick hustler

The third attempt caused a few of Briella’s friends to flare up as they asked why he kept coming to bother her.”

At this point, Her partner and Burna Boy’s security men started trading words back and forth and that languished into war. As a result, shots were fired living two seriously injured.

What Burna Boy had to say

Despite Burnaboy‘s trending on Twitter because of this matter, he refused to address the issue but said he is not surprised nor worried about what the Nigerian Social media says because he knows they will do anything to drag him down or go as far as pushing the narative that he started Bokoaram!

Briella’s version of the story

Briella took to her Instagram story channel with details of what went down that night at the club.

In her report, she revealed that she and her husband came into the country for a wedding and they were at Cubanna Nightclub celebrating the newlyweds when Burna Boy and his friends arrived.

As the night progressed, one of the singer’s friends approached her on his behalf and she declined and also made it known that she was there with her husband.

The friend approached Briella two more times and on the third attempt saw people around her asking what he wanted, words were exchanged and a small fight followed.

The security men at the place fixed the situation, but Burna’s friends started another fight and went on a shooting spree after what seemed like a signal from the singer.

Burna escaped without a scratch while another of Briella’s friends was shot in the thigh and had to go into surgery.

Mr. Lawrence, Briella’s partner sustained injuries on his head and leg and according to Briella, Obi Cubana, the club owner, only reached out to her four days after the incident and claimed he had no idea what had transpired at his club.

The business mogul promised to do everything to bring justice for attempted murder.

Briella also said that 11 days after Mr. Cubana’s promise, the club’s management had failed to release any CCTV footage or address the incident in a statement.

His Business carried on as usual.

A police source said Burna Boy rushed out of Nigeria immediately after the incident, but that an invitation had been expressed to him to comply with the command upon arrival from his trip.

Investigations are ongoing and already, the five police escorts attached to the singer have since been arrested for unprofessional conduct and are being detained at the Lagos State Police Command, Ikeja.

we deh ontop the matter so 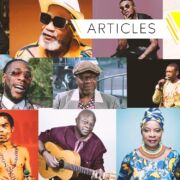 “NA MALA” BY RINYU IS Soft, Delightful, AND SPANKING

Blackstyle MediaASU CHALZ, A GENIE OUT OF THE BOTTLE
Scroll to top