The news was received with much delight by fans and football lovers around the world following the keeper’s tweet ‘dreams do come true, excited to join my new club inter’.

We remember the footballer’s illustrious career almost came to a collapse after he failed an anti-doping test in 2020. He was issued a 9 monthly ban by football’s governing body FIFA. He describes this period as the worse moment of his football career and many Cameroonians wondered if he would retain his position as number 1 on the national team upon return.

His long absence from the goal post eventually led to his demotion as the second-choice keeper at Ajax in 2021. It was during this period that the Italian giants capitalized on events and convinced the stopper to make a switch to Milan.

Andre Onana joins fellow compatriot Nchout Njoya Ajara as they seek to emulate the exploits of the legendary Samuel Eto’o who was inaugurated into Inter Milan’s Hall of Fame early this. 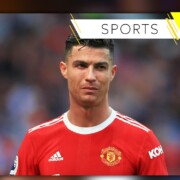